Roe deer hunting in Europe: a hunt to preserve

Home/Franchi News/Roe deer hunting in Europe: a hunt to preserve
Your Franchi

Roe deer hunting in Europe: a hunt to preserve

In the summer, the best roe deer season for hunting, you will live rituals, contemplation and wonder as you practice one of the most fascinating hunts.

Without a doubt, His Majesty the Red Deer is the King of the forest and the most coveted trophy of any European hunter.

But in any hunting cabin, traditional Central European inn or hunting lodge, it is the roe deer that reigns supreme.

From the vineyards of Monferrato and Tuscany to the slopes of the Urals, its delicious venison is beloved and sought after by generations of hunters.

A creature of great grace, which moves in harmony with the natural world that surrounds it. Loved by all hunters, without exception.

In recent decades, the roe deer has occupied almost all areas, thanks to its prolificacy and adaptability. However, it remains the most delicate game in the forest and therefore any excessive increase in hunting pressure would be unjustified.

Its elegance, its rituals and its venison make it the darling of hunters throughout Europe.

Is the roe deer endangered?

Currently that is not the case, but good and bad are part of life and coexist in everything. Hunting is no exception.

Due to its fragility, which increases when the climate becomes harsh, the roe deer is easily hunted by its natural predator, the wolf, further facilitated by adverse environmental conditions such as snow.

Additionally, the roe deer can easily fall prey to foxes, as well as to threshers which are used in spring for intensive agriculture, and of course to poachers.

It is a mistake to assume that just because an animal reproduces easily, it should not, however, be considered endangered.

In a highly anthropized world, no species is safe. Indeed, the task of humans becomes our obligation to monitor and safeguard all species.

In some countries, farmers and hunters collaborate ever more closely and, with the aid of drones and thermal imaging cameras, monitor the fields before reaping, saving hundreds of roe deer cubs.

It is hoped that, especially among the new generations of younger hunters, this level of awareness might grow, generating collaboration between hunters, biologists, veterinarians and breeders, which would benefit everyone.

Where does the roe deer live?

The roe deer inhabits the whole Eurasia area, proving that, happily, it is not that fragile.

This latter is larger and can weigh up to 50 kg versus a maximum of 30 kg for the European roe deer. It has a much larger trophy and is the game sought after by hunters who are passionate about hunting trips abroad.

We can find the European roe deer practically throughout Europe, from Italy to Spain, France, Great Britain, Sweden and Russia, all the way up to the Urals. From here into Asia starts the territory of the Siberian roe deer.

It is smaller than the European roe deer and, despite owing its DNA to its Siberian cousin, is the smallest of the species. 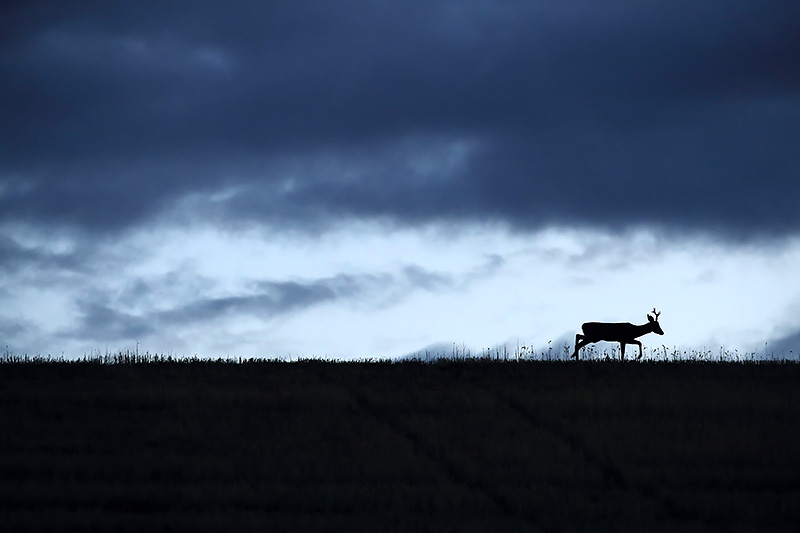 The unique feature of roe deer is their reproductive strategy. Although their mating takes place in the height of summer, the roe deer embryo does not begin to develop immediately, but undergoes a dormancy period of about five months, depending on the severity of the winter.

This embryonic stasis is known as embryonic diapause, delayed ovoimplantation or delayed gestation.

The roe deer usually gives birth well into spring, around May, to two to three fawns. The little fawns do not stay with their mother, but remain hidden in the thick of the forest or in the tall grass fields on the plains.

The mother visits only to nurse them. As always happens in nature, once the fawns are ready, their mother distances them so that they can manage on their own.

In autumn, roe deer lose their antlers and these small deer gather in herds of just a few animals, especially in the north or in the mountains, where being together helps them withstand the harsh climate and undergo winter.

Deciduous antlers, lost at the end of autumn, begin to grow again at the end of February and by March are once again “velvet”, almost ready to calcify and sustain the territorial battles that define the mating areas at the end of July.

Unlike the deer, which fights for its females, the roe deer will do so for its territory. Indeed, it has been discovered, thanks to monitoring, that rarely in its life will roe deer move spontaneously more than 3 kilometers from the point where first observed.

As we have already mentioned, the roe deer is the most diurnal of deer, even if, when the hunting pressure is stronger, it begins to adapt its habits and head out “in the hours of darkness”.

Italy today is one of the regions where roe deer season is longer, most varied and exciting.

At this point, the roe deer inhabits all the Italian ranges and can be hunted both in the mountains, and in the Bergamasque Alps and in Trentino, along all the Apennines, the Tuscan hills or in the plains of the Po valley.

Alternatively, lovers of hunting trips abroad can choose other countries, where the hunt is monothematic, however.

In Great Britain, stalking is practiced but it is considered a minor hunt, and one somewhat preparatory to that of the deer.

There is no shortage of roe deer in Spain, but they are hunted as part of the monteria driven hunts, therefore more as happy accident than as specialized hunt.

Germany, on the other hand, has a long tradition of quality in roe deer hunting, especially when it comes to still hunting from a terrace.

A wonderful place to hunt roe deer is the Sneznik district in Slovenia. A set of 27 bordering reserves of approximately 5,000 hectares each.

Here it is possible to hunt roe deer employing both “fippio” (or “whistle”) hide hunting and stalking, in a succession of truly unique woods and clearings. In these areas, however, our elf struggles to survive crushed by the pressure of deer, bears, wolves and harsh and snowy winters.

The Hungarian “puszta” is an exception, where roe deer graze peacefully on the cultivated plains. A rich diet and almost an absence of predators allow splendid trophies to develop.

Heaven for roe deer hunters is in the Kurgan Oblast, part of the Russian Federation, where game with very mature trophies can be found.

There are various ways of assessing the roe deer trophy by the length of the beams, the weight including the skull or the CIC points. This entirely depends on the country.

Regardless of size, a good trophy has symmetrical beans on all six points, a dark color with white tips, good shaft diameter, and abundant “pearling” at the base of the main shaft.

However, one thing should always be kept in mind: the finest trophy comes from the best hunt – the one that elicits the strongest emotions and that represents taking the right head at that point in time.

The season most beloved by hunters

Lovers of roe deear season will unanimously answer that the preferred time is late spring, until the end of July and the beginning of August.

In this period, not only is the roe deer more active, offering hours of contemplation of its rituals, but the scents of nature and the resulting thrills live on indelibly in the heart and mind of the hunter.

On the other hand, autumn hunting is less thrilling and is often dedicated to other game, such as deer, fallow deer and wild hogs.

This also applies to hunting the Siberian roe deer. 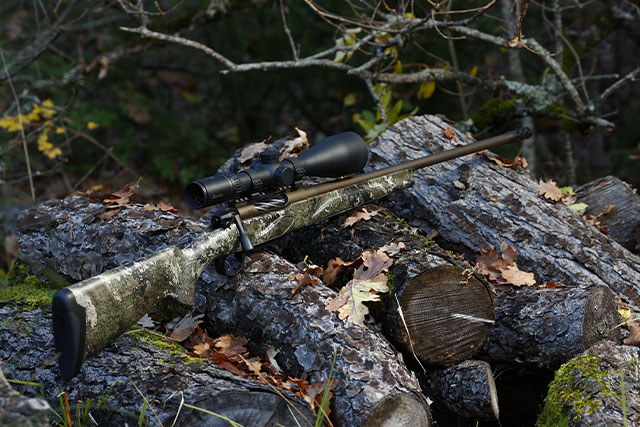 Firearms for hunting during the roe deer season

Although very common in the USA, bow hunting is not practiced in Europe and Asia – therefore the bolt action rifle is the firearm of choice for hunting roe deer.

At this point we can delight in the endless discussion about which is the best caliber.

The roe deer is a delicate animal, therefore large calibers should be avoided to preserve this game’s prized meat.

.223 Rem and .243 Win are probably the unanimously accepted calibers of choice.

The Horizon bolt action is available in three configurations in the main calibers used for roe deer hunting.

Available in wood, black, gray-beige synthetic livery, or in camo Strata, it features a removable three or four round magazine depending on the caliber and a certificate of 1 M.O.A. on three shots fired.

The Relia Trigger is adjustable from 0.8 to 1.9 Kg, while the Dependa Bolt fluted bolt features three locking fins with 60° opening.

All Horizon bolt actions have a 7-year-warranty on mechanical parts.

Lastly, it is important to remember that being without a scope with excellent brightness means risking missing out on opportunities, because twilight descends early when on the hunt in the evening.

Now you are ready for the next roe deer season. Weidsmannsheil!