After hog hunting, roe deer hunting is fast becoming the most widely practised ungulate hunting in Italy. However, like any hunt activity, rules have to be respected so that it can continue to be considered an ethical hunt.

Roe deer: the elf of the forest

Roe deer, also known by its nickname of “elf of the forest”, is a small cervid that in the last thirty years has repopulated all the way throughout Italy and many areas of Europe.

Woodland desertion and the decrease in the population of its natural predators, due to the anthropization of these areas, are the main factors in its success.

Its trophy as well as its superb meat have rendered it coveted prey amongst hunters from all areas of Italy.

Today, the roe deer populates much of the continental Europe, such as central Europe, Great Britain, Apennine belt, the Po valley plains and the woods in the Alpine region, which in theory should not be especially suited to this grazer.

It is the first to go out to pasture at sunset precisely because it is a selective grazer and cannot afford to compete in pasture with the larger fallow deer and deer.

It’s not without reason they call it the ” elf of the forest “. It is a stealthy, magical game, which appears among the vegetation where a few moments previously there was nothing, especially during waiting hunts from terrace or stakeout posts.

A roe deer hunter begins their hunt long before ever taking up their rifle.

In the spring, it starts with censuses to count heads in the area. An indispensable activity to produce a sustainable removal plan.

Then, the search for the right head begins and, if identified, behaviors and habits are studied.

The roe deer is definitely a territorial animal, that is, it chooses a certain area as its territory and spends more or less the entirety of its life there.

Unlike fallow deer and deer, which are constantly migrating over very large areas, our little cervid offers us the opportunity to follow it for years over its growth phases right up until the time is right to take it out, allowing younger males the opportunity to renew the species. 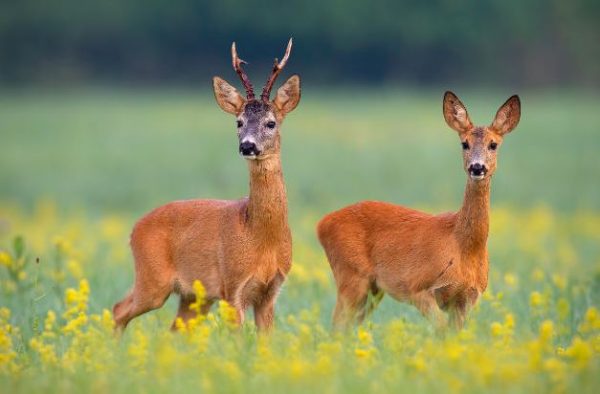 Indeed, still hunting is the preferred hunting method for roe deer due to the creature’s persistence, even if stalking remains more of an adrenaline rush. However, nothing stops you doing both.

The cardinal rule of roe deer hunting is head evaluation, which occurs through recognition of the antlers and build, which obviously declare sex but above all age and class.

Therefore, the use of good binoculars with excellent brightness cannot be overlooked. Choice of head must be inspired by the species’ conservation and improvement criteria.

We never tire of remembering that it is the anthropization of areas has thrown the ecosystem into crisis by altering its cycles, making it so humans themselves must take on the responsibility of trying to rebalance them as far as is possible.

In the taking, priority therefore goes to heads with undersized physiques and antlers.

The good ethical hunter is able to wait for the reproductive function of a stunning male to begin its downward spiral, perhaps recognizing antlers in decline.

The ethical hunter is not the person who tries to impress guests with a fine trophy from a dominant male, but someone who is aware of the extent of beneficial effects hunting activity has on biodiversity and the environment.

The point of a trophy is not boastfulness, but memories. A portal to a mystical dimension, halfway between dream and memory, which evokes in the qualified hunter’s mind all the thrills of that hunting event.

Years later, just by looking at a trophy, one can remember the light, the scents, the temperatures of that very moment. True magic at its finest. They close their eyes and it seem to be right back there once again, in the midst of the hunt, as though not even a single moment had passed.

Something incredible, that cannot be done justice by words.

On visiting a hunter’s home and asking them what their most significant trophy is, they will never point out the most prestigious. The true hunter will choose the one from the hardest, most thrilling hunt.

While sunset hunting has its own very significant charm, it has a drawback: in the event of wounding the head, recovery will prove more difficult with the risk of leaving an injured animal in the thick of the vegetation.

So, if hunting occurs during these hours, always ensuring that shooting only takes place under the best conditions is essential:

Otherwise, resigning without regret is the only ethical choice.

Instead dawn is the best time. With the growing light there is always plenty of time for game recovery, even in the case of wounding.

On the hunt, safety first. For this reason, it is advisable to select the position carefully, remembering to always maintain the shot trajectory from top to bottom.

If the hunting area you are located in is not grazing land or particularly suitable, as some woods can be, stalking is always an excellent alternative.

This hunting form can also be complementary, because it means the extending of hunt hours when the roe deer return to the wood in the morning or have not yet come out to reach the pasture in the evening.

Immediately after the shot, waiting twenty minutes or half an hour before approaching the animal is important if you are unsure of the shot’s effectiveness.

Indeed, fueled by adrenaline, the roe deer to the adrenaline rush could move about thirty meters away getting close the wood in search of refuge.

After the shot, listening carefully for the sound of its footsteps and the eventual crash of its fall through the branches will help you track it down faster.

Tradition has it that the slaughtered roe deer, as well as all the noble cervids, is paid homage in the form of the “last bite”, an ancient ritual of Teutonic and Central European origin.

According to this tradition, having gone to the carcass, the hunter turns it with its right side resting on the ground and places a sprig of an august plant, oak or similar, in its mouth.

This “mouthful” accompanies the animal on its way to the afterlife, as a final gesture of respect.

At this point the companion says the word “Waidmannsheil”, the simplest translation of which is “Hail, hunter”.

Waidmann means not only hunter, but an expert, aware hunter. The hunter responds with “Waidmannsdanke” as they shake hands.

These are evocative rites where hunting has been practiced for hundreds of years, but it must be recognized that, with the exception of Trentino-Alto Adige region, they do not belong to Italian hunt culture.

A nice firm handshake and a compliment will be enough in the rest of Italy. 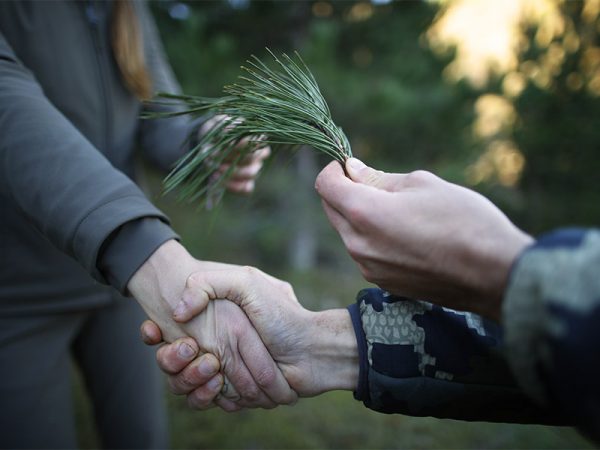 Roe deer hunting is practiced using a bolt action rifle equipped with sighting scope. Scope quality is essential, since it is primarily a hunt carried out in precarious lighting conditions.

A good scope gifts the hunter an extra few minutes of brightness. Precious time, which often makes the difference between a day’s hunting rich in thrills and a missed opportunity.

The caliber of choice for roe deer hunting is the .243 Win. Even the .223 Remington is just as good, but many other calibers may still be used.

Respect for the game and its meat is a very important aspect of hunting. A suitable caliber with the right bullet will avoid spoiling the prized roe deer venison, one of the objectives of an ethical hunt.

Primarily, it is the accuracy of the shot and not the power of the ammunition that means a clean shot.

The roe deer has an average weight of about 30 kilos and a fragile build. “Heavy” calibers are unnecessary for this hunt, especially because they are more difficult to manage in shots from 100 to 200 meters.

The recoil and the muzzle climb of the barrel then distract the hunter from the impact of the bullet on the animal, hindering correctly evaluating the shot’s effectiveness.

Horizon bolt action rifles are available in several variants in the main calibers, from the smallest to .300 Winchester Magnum, ideal for other types of medium-large and tough game hunting.

All equipped with a removable or three or four round magazine depending on the caliber, they have a Dependa Bolt fluted bolt, which lends them an attractive, modern line.

Constant in their precision, they have a cold hammer forged barrel and an adjustable Relia Trigger from 0.8 to 1.9 kg, light and sensitive.

They are delivered with a certificate of 1 M.O.A. out of three shots fired and 7-years-warranty on the mechanical parts

Ethical hunting is the choice the modern hunter must deal with, being aware of how times are evolving.

Factors such as the new faunal and territorial reality due to anthropization have to be recognized and well assimilated.

In this way, ethical behavior allows hunters to preserve their greatest passion while safeguarding not only the environment but generations of hunters to come.