How to shoot at the shooting range?

Home/Franchi News/How to shoot at the shooting range?
Your Franchi

How to shoot at the shooting range?

Attending the shooting range is a great way to keep fit during the summer break and in anticipation of the new hunting season.

In the summer, the world of hunters is reversed, and some, instead of going with their own bolt-action hunting wild animals in nature, find themselves in the shooting range over and over again.

This is because, since you can’t usually go hunting except for some wild animals like the roe deer, summer is a great time to test your ballistic skills.

This appetite for training increases as the new opening approaches, because a hunter feels it when the summer atmosphere begins to change. Suddenly one morning, leaving home for work, he feels that the hot air until the day before is fresh and charged with fresh energy.

And unlike most people, the arrival of autumn is for him the most beautiful time of the year.

Even the closing months of the season have their own reasons, and if fully exploited, they are the perfect time to go to the shooting range to train.

What are the main positions at the shooting range?

Starting with the basics, in the courses of firearms and ballistics, we talk about three main shooting positions: the static positions, the inter-active [static-dynamic] ones, and finally the dynamic ones.

Of course, the static-dynamic and dynamic positions are most used in hunting, while the static positions are the most difficult to implement on the hunting field and the most frequent at the shooting range to verify the weapon and its zeroing.

In the latter case, the rifle will be placed on two stable points: the fore-end, taking care not to place the barrel on the rest or cushion, because vibrations could also drastically change the impact point of the bullet, and the stock.

In shooting, movement is always the enemy of precision. For this reason, it is important to always try to place the stock and elbows on the firing counter, thus obtaining an ideal position because it stabilizes on the target.

The only case where the static position is used in hunting is in ungulates hunting from hide on the ground or on a high seat, where the hunter will be able to take all the time necessary to carry out a targeted shooting.

At the shooting range, it is also possible to use the standing position, which refers to the standard free and compressed air rifle.

The shooter will be parallel to the firing line with their legs slightly spread across the shoulder width. The non-dominant hand, for example the left hand, will serve as a static support for the fore-end, while the dominant hand, in this case the right hand, will hold the stock pistol grip firmly.

In the standing shooting, the position in line is the one that minimizes errors, because the rifle is “held” by the body and the head is straight and resting on the rifle stock.

The recoil pad should be placed immediately after the clavicle and slightly high the right elbow, approximately 45° from the body.

Shooting range: how to practice long range shooting with a rifle?

In fact, two of the most peculiar disciplines of long range shooting are: the Long Range and the Bench Rench.

The first is in fact literally a targeted shot at very long distances (usually up to 1,000 yards / 914 meters), with the aim of obtaining the highest possible score.

The second is the firing with the rifle placed precisely on “bench”, i.e. front and rear supports, with the aim of producing in 5 rounds the smallest possible patterns.

The ranges can be dedicated to standard rifle shooting or Long-Range shooting.

The first are the classic target shooting with firing lines for the rifle, while the Long-Range firing ranges are usually composed of simple rows of firing counters, situated at the edges of a large and safe area, since they are not populated, such as the boundary of a valley or a large clearing.

When is a rifle considered accurate at the shooting range?

If we are talking about firearm with a rifled barrel, accuracy is not the ability to hit the center of a target, but to produce compact, close-up patterns with multiple hits, thanks to the combination of rifle and ammunition.

The ultimate long shooting weapons are the rifles, allied to many visitors of the shooting range.

The more accurate a weapon is, the more “narrow” patterns are produced, which are evaluated using M.O.A. as the unit of measurement, standing for Minute of Angle.

The Minute of Angle is just one inch at 100 yards, basically the size of a two-euro coin. 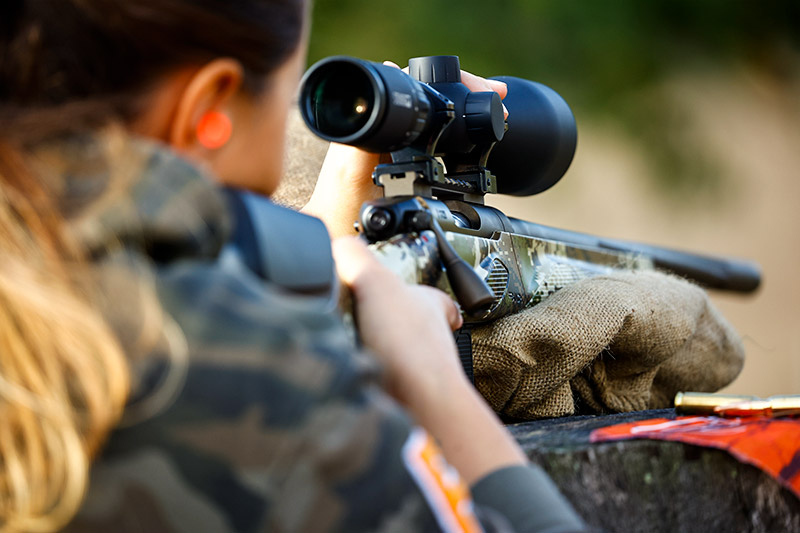 Shooting range: how to shoot with a long-range rifle?

In long-range shooting with the rifle, the weapon is usually placed on leather bags at the back and on classic shooting tripods at the front.

The shooter will shoulder rifle, adjusting the rear support with his left hand until the lattice of the scope is perfectly aligned with the target.

Franchi’s Horizon Varmint is a bolt action rifle belonging to the varminter/long range category and combines the high ballistic precision, even at a long distance, with the excellent use that can be made of it on the hunting field.

The lines of these two models are even more aggressive than the pure Horizon hunting rifles, defining a bold look. 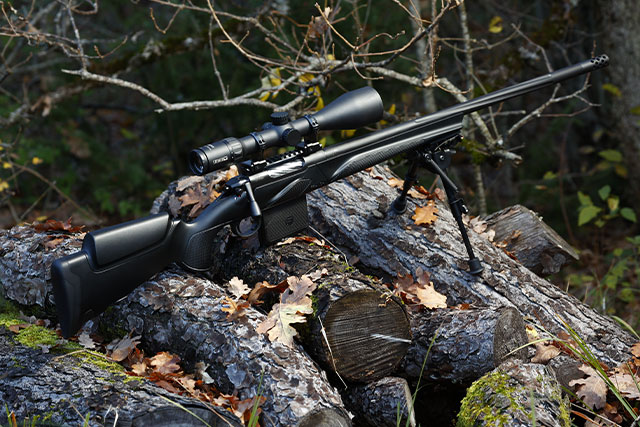 Regardless of the configuration, all of Horizon Varmint’s barrels are fluted, allowing to set back the bolt action center of gravity and achieve the perfect weight balance.

So, the rifle is both manageable and stable at the same time.

On top of that, each Horizon Varmint has a muzzle brake, which reduces unwanted muzzle rise and the resulting recoil, which is already very light in itself, allowing the shooter to follow the path of the shot, through the aiming scopes, even at a very long distance.

Shooting at the range is a fun sport that requires training and concentration, ideal for a good familiarization with your bolt action for the hunting season or just having fun and practicing your passion.