Hog hunting numbers amongst the most popular hunting practices in many countries, due to the propagation of the species and the challenge to every hunter. So, hog hunting tips are a useful way to start.

Increasingly more hunters, both the experienced and new license holders, are crazy about hunting wild hog and hog hunting tips are a handy know-how to share.

This is due to hogs being an extremely widespread species and, in recent decades, among the most popular game for the hunting community. With the growth in the hog population, hunting has assumed an important role in controlling species numbers.

In fact, any overpopulation by these animals could cause not only an ecosystem imbalance but also force the hogs themselves to get too close to inhabited areas.

Here are some tips, aimed at young hunters particularly, for embarking on this electrifying hunting type.

What should you expect in hog hunting? Hog hunting tips

Hog hunting can be very challenging. These creatures are known for their power and tenacity, especially  when cornered. So, the most important of all hog hunting tips is safety. Attention and prudence are the first watchwords when it comes to hunting hogs.

This hunt activity is usually practiced as a driven hunt with slug shotguns, such as the Feeling Slug, and semi-automatic rifles or as a bolt action hunt – either stalking in the woods or sighting as a stakeout hunt.

However, there are many other measures which come before any actual shooting and which make this hunt one of the most thrilling.

Just like any other animal, hogs can be tracked, but theirs are different types of tracks, so keep an eye out for the signs!

If, while walking through the scrub, you spot upturned earth, this is a possible sign of hogs being present, as they use their snouts to find food in the ground.

Hogs are also known to dig up the ground near water sources. In fact, they use mud to cool off their bodies, having no sweat glands to allow the release of heat. So, another sign of their proximity is loose ground near ponds or streams, which they will have most likely used as their personal mud bath.

Instead, hog tracks proper are similar to those of deer but slightly rounder and larger, making it easy for a trained eye to distinguish them. 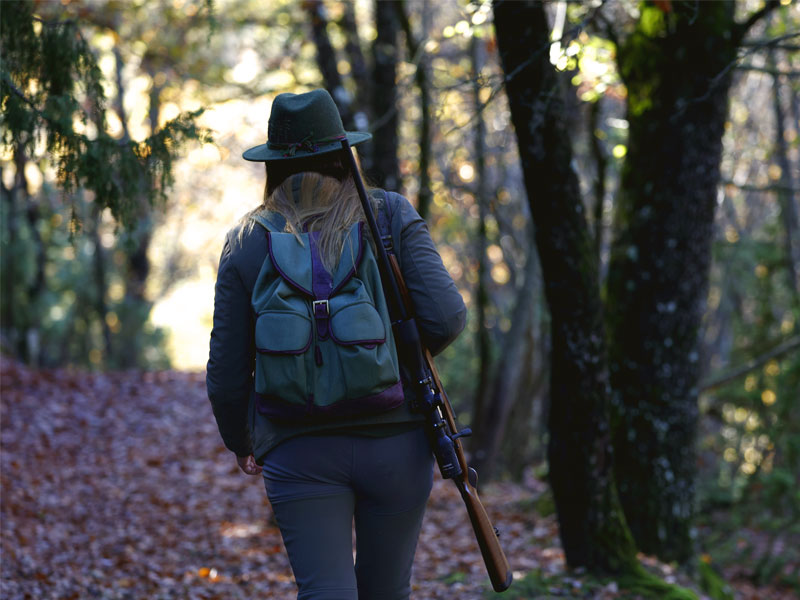 Even fewer expert hunters soon learn how to stay low and follow the game they are chasing. To not be perceived while hunting hogs, the same rule applies. The second of all hog hunting tips is not to underestimate them, because despite their not having acute vision, they have a good sense of hearing and smell.

Hogs are known to be very cautious. Remaining at the right distance in order to go undetected is vital for hunting hogs. If stalking in the woods, it may prove necessary to follow them for quite some time, as hogs are known to wander the scrub.

3. Hunting in the most populated areas

Their density in different areas and regions is a further element to consider in hunting hogs. The hog population varies by region.

The general trend is a widespread hog presence throughout most of the countries, for which reason the hunting season could be very long in several areas.

As said above, hogs possess a thick hide and weighty bones, which can protect them from weak bullets. Choosing the perfect caliber and ammunition is another very important aspect of hunting hogs.

Hog hunting tips about calibers: all calibers .30 are excellent given the game’s size and the shooting distances. Horizon rifles are available in different configurations and setups in calibers such as .308 Win, .30-06 Springfield and .300 Win Mag, suited to this kind of hunting. Recommended bullets are medium weight between 160 and 180g.

Wil hogs are leathery creatures with a thick hide. For an ethical hog hunt, having a thorough understanding of their anatomy is vital for taking an accurate shot. The most vulnerable parts of the body are the hog’s heart and lungs, so therefore slightly above the elbow or a few centimeters above the shoulder. Behind the ear is another sensitive spot.

Stability, at the point of shooting, is an aspect that yields benefits for shot’s cleanness and accuracy.

The firearm of choice in stalking hog hunting is the bolt action rifle, which ensures extreme precision. Indeed, all Horizon rifles come delivered with a certificate of accuracy of 1 MOA out of three shots fired.

Some hogs have become “nocturnal” and feed or drink mainly at dawn and dusk.

For this reason, a very common practice is to hunt hogs during twilight hours- more rarely at dawn – for a better chance of sighting them. However, given the poor visibility conditions, knowing the hunting area are located in is important.

Another hunting trick that may be employed is the use of lures and scents. For example, there are commercially available lures that can mimic the call of the female hog to attract males.

On the other hand, scents are also readily available in many hunting stores. Hogs may be attracted to the smell of berries and black treacle, as well as other foods they are happy to pig out on.

As far as smells go, a hunter should know how to remove the traces of their own, because, as mentioned earlier, hogs have an acute sense of smell.

Deodorant, cologne, perfume, detergent and other things of that ilk should be avoided. One tip is to wash your hunting apparel carefully with hot water and baking soda.

In addition to having a good sense of smell, hogs also have excellent hearing. Even a simple sneeze or coughing fit can make a difference… so you need to be very careful, especially when you deactivate the safety.

When hunting hogs, another technique is to use a trough, especially in areas where human presence is strongest and wild hogs have become wary. A feeding trough will attract some, while others – usually males seeking out females in heat – will remain more distant.

In this case, the strategic position of a hunting stakeout near the trough can be very useful. One tip is to place the stakeout at a good distance, but not right at the range limit, keeping the area clearly visible and clear of obstacles. 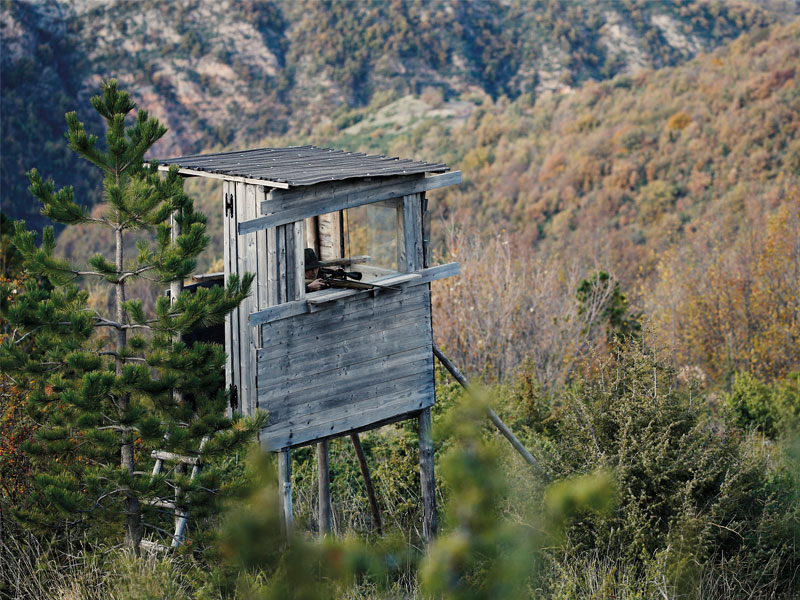 A good baiting technique is to dig a hole that’s as narrow and deep as possible, before placing the bait in it. Ripe fruit or corn are both good bait able to attract even the most suspicious customers, who will set about digging up the earth, stopping in the desired area.

These are 10 hog hunting tips. The rest comes from the experience built up over many days’ hunting, the harmony engendered with one’s bolt action rifle and the passion that goes into tackling effort and waiting head on.

All to experience once again the thrill of being in the midst of a nature constantly challenging and stimulating us.